The 2019 production sale’s season exceeded all expectations. Compared to record sales in 2018, 2511 rams (121 rams less than in 2018) were sold at an average price of R11 509. Unfortunately, the sale of fewer rams at a slightly higher price (+ R93 per ram) reflects a decline in turnover of approximately R1.1 mill (3.7 per cent). This decline can largely be attributed to negative market sentiment during the latter part of the spring sales’ season in particular. Despite this, Dohne Merino breeders are convinced that they can cope with the slight decline and further expand the breed’s market share through effective marketing. The current agricultural conditions have resulted in a great demand for hardy Dohne Merino ewes that can withstand the drought and also offer the benefits of perfect balance between meat and wool income. These breeders should take the opportunity to market larger numbers of rams in order to keep the cost of rams for the commercial producer as affordable as possible. In this way, the relevance of the Dohne Merino stud industry can only be strengthened.

Congratulations to Dohne Merino breeders who performed excellently during a difficult 2019 production auction season. Highlights include the following:

In actual fact, all breeders who sold rams at auctions are winners. Congratulations and continue to market your sheep with great zeal. You have the best product in the market!

A big thank you goes to the broker firms and marketers who worked very hard with our breeders to offer excellent quality animals at the production sales. We also thank the many other institutions, sponsors and persons who are too many to name but who have ensured excellent Dohne sales. We trust that our long-term cooperation will be mutually beneficial. 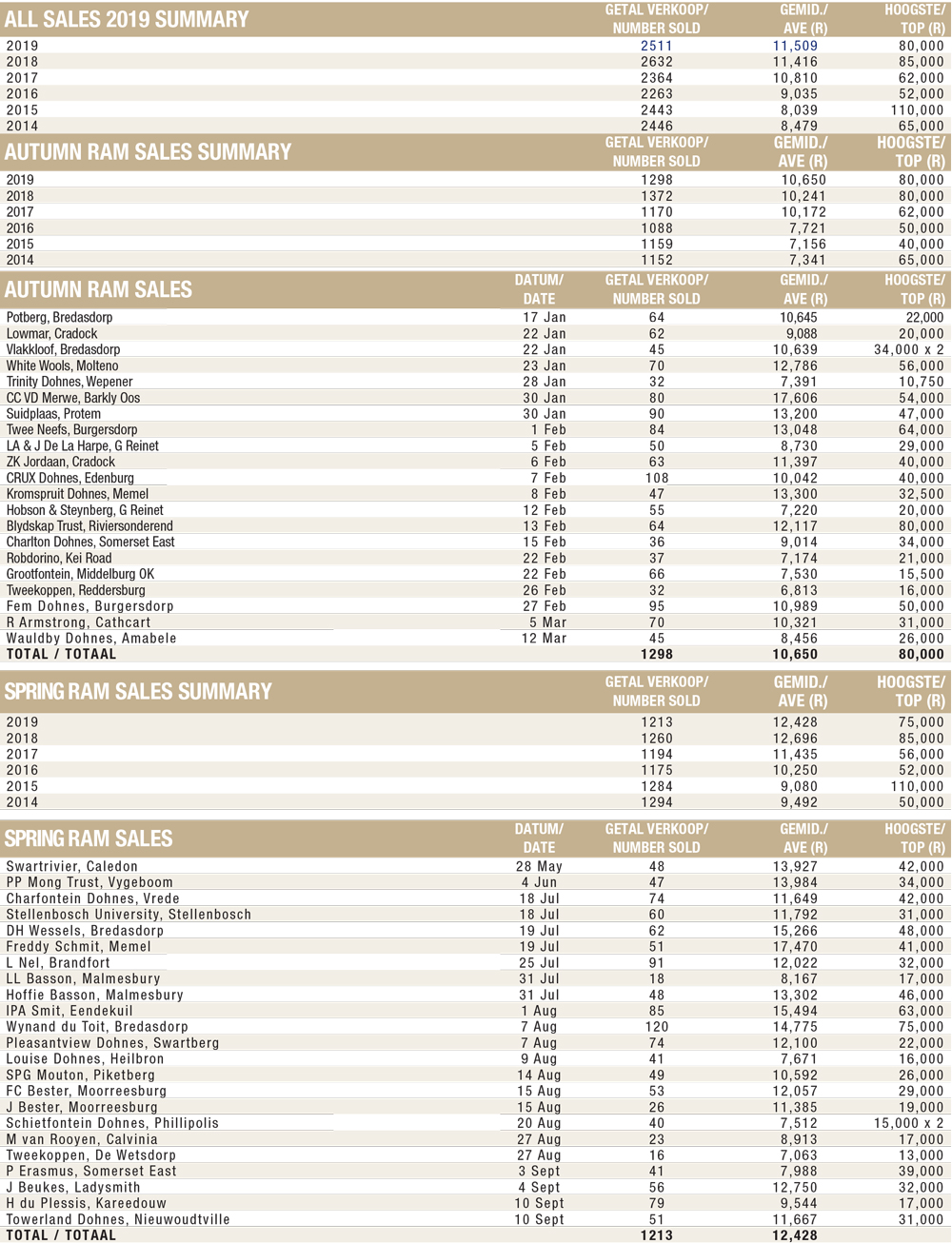