Given the current desperate agricultural and economic situation in South Africa, 2619 Dohne Merino rams were still sold, at a new record average price of R12 054. The average price, without taking the National Sale into account (R11 470), is only R321 (2.7 percent) lower than the record, recorded in 2018. However, the number of rams sold shows a 6.8 percent decline compared to 2018. Clearly, the ongoing drought, especially during the spring sales’ season, is now beginning to adversely affect sales. The temporary closure of the wool market, the fall in wool prices thereafter and instability in the sheep market, have largely contributed to this decline. However, the top prices on production auctions (on average R40,000), continued to rise compared to the average of R35 232 for 2018. It is therefore certain that the underlying confidence in the Dohne Merino industry continues. The stud industry persists in providing the best possible genetic material to the wool sheep industry. Purposeful selection to improve productivity under commercial conditions remains the breed’s outstanding feature. Commercial producers are well versed in the Dohne Merino system and currently purchase fewer rams. The influence of these rams is then spread as quickly as possible in their flocks. The use of insemination, laparoscopy and even embryo transfer is currently playing an increasingly important role in this regard. In this way, the interaction between Dohne Merino stud breeders and their clients is driving the wool sheep industry to great heights 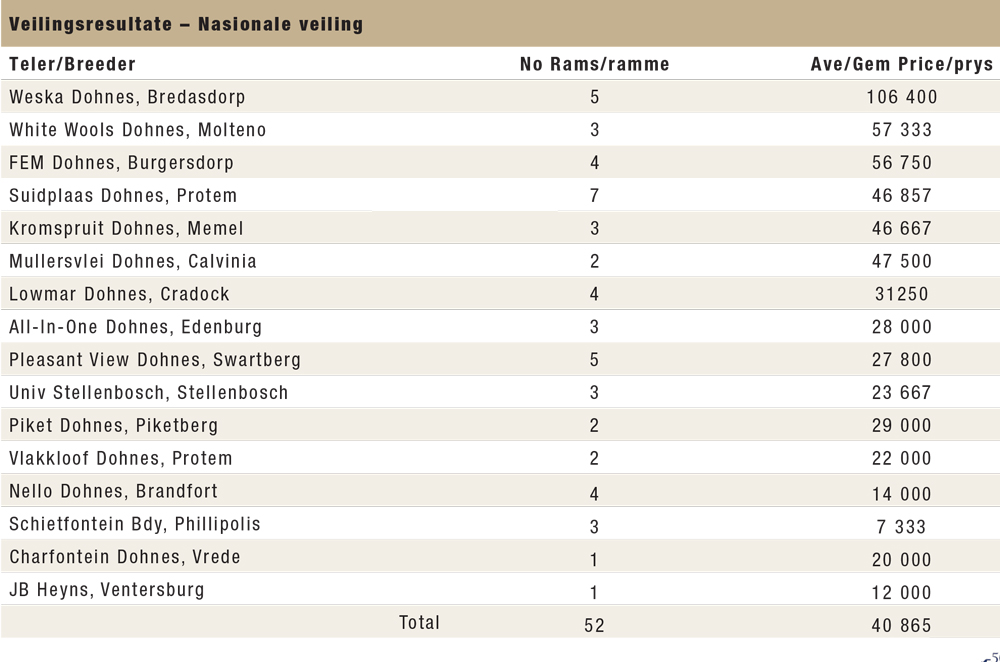