Frans and Andries Marx held FEM Dohnes production sale on 26 February 2020.  The sale was marked by the selling of the excellent string of rams meant for the National which was cancelled.   This state of affairs led to the selling of 94 rams which included some of the top sires in South Africa at the average price of R20894.  To put this extraordinary sale into some perspective, the six top riced rams were sold for the average price of R84667.   The average price for the 94 rams sold can therefore arguably be considered as a new South African record.  The top priced ram was bought by Jireh trust at R140000 and the second highest priced ram by Roelf Bredenkamp en vennote, Burgersdorp (Photo below)

Ewes were sold at an average price of R2100 and pregnant ewes went for R2730. 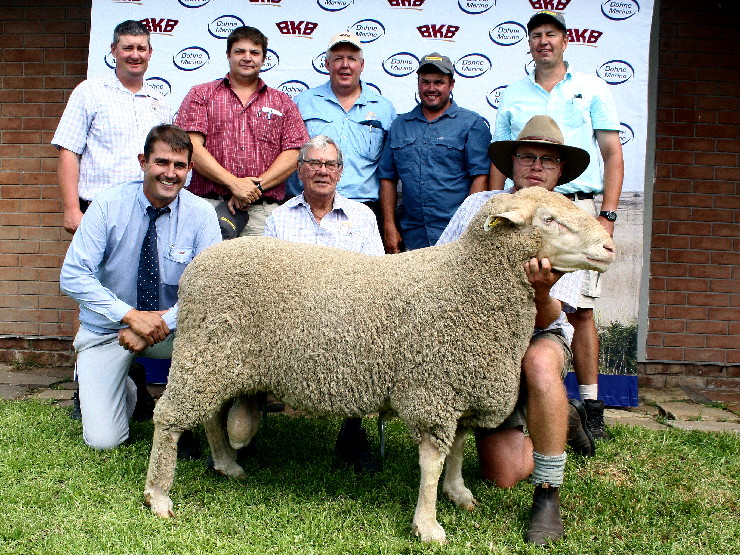