– One of our previous members passed away

It is with regret that the Dohne Merino Breed Society took note of the passing away of Mr Lommie van Jaarsveld who was a lifetime friend of the Dohne Merino breed and also a loyal stud breeder for a long period of time. “Oom Lommie” as he was affectionately known, farmed on the farm Saffier near loeriesfontein. His son Hentie is now following in oom Lommie’s footsteps. At the time of his passing away, he was 79 years old and he left behind his wife Wilna, his daughter, Helena, Son Hentie and grand children. Dohne Merino SA convey its sincerest condolences to the van Jaarsveld family

Lommie van Jaarveld when paying the second highest price of R7000 for a Dohne Merino ram on the production sale of the Mullersvlei Dohne Merino stud in 2007. 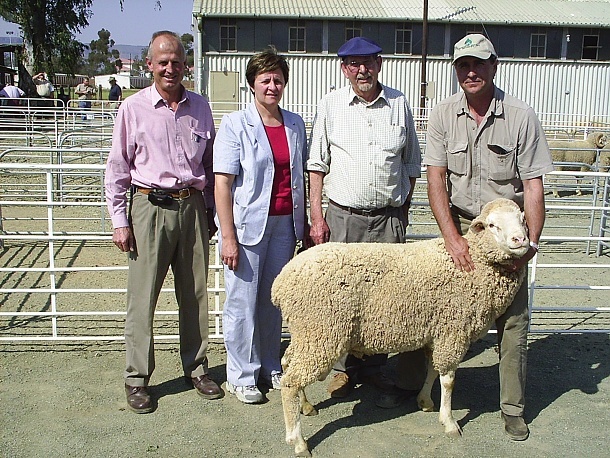