Mr. Danie Hattingh held a successful production sale of his Louise Dohne stud.  At the sale 44 rams were sold at an excellent average price of R9,303.  The highest priced ram was sold to Mr. Bornman at a price of R25,000. 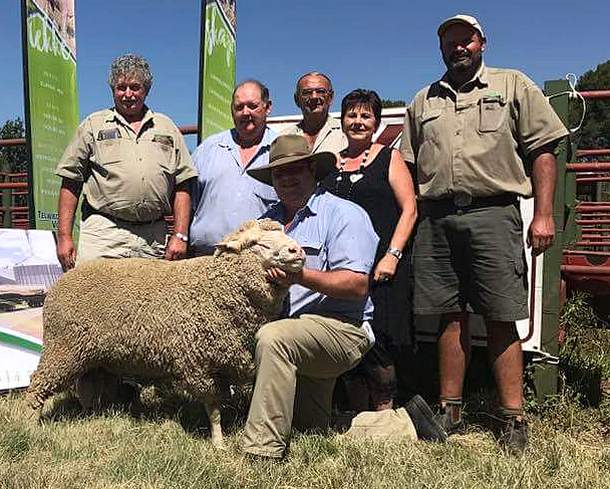