Cecil and Henk van der Merwe held their production sale on the farm Grootvlei just outside Barkley East on Wednesday, 27 January 2016. This farm sets an example regarding progressive development. A number of newly setup pivots greets the prospective ram buyer’s eye on arrival. Unfortunately dams ran dry at the time of the sale on account of drought. This stud’s wool needs special mention and it certainly contributed to the increase in the average sales price (R823) above that for 2015. The stud have to be congratulated on this outstanding performance despite extremely adverse farming conditions. 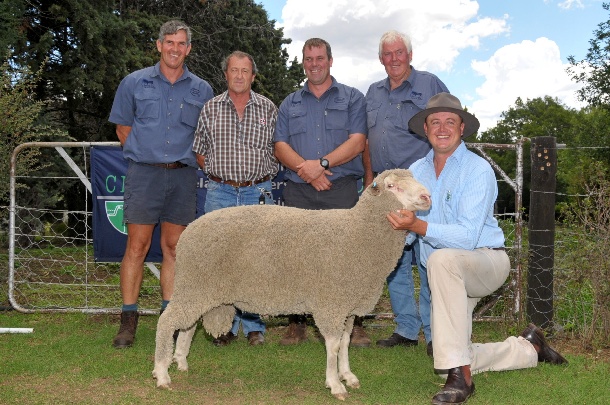 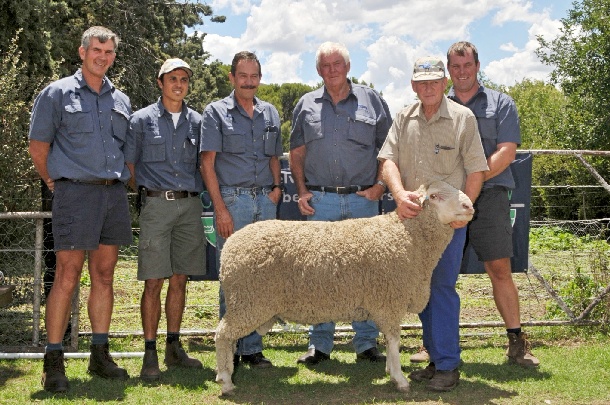