The 55th Annual general Meeting of the Dohne Merino breed society took place at 18H00 hours, 16 February,  at the BKB sales complex, Bloemfontein showgrounds, Bloemfontein.  Although Covid-19 measures prohibited the formal presentation of awards at the customary function after the AGM,  the ocassion was well attended by 46 breeders and officials.

The high light of the evening was off course the announcement and handing over of the national top breeder Virbac trophy to Mr. Boeta Wessels, Weska Dohnes, Bredasdorp.    Weska Dohnes not only outperformed other studs at the national sale for a couple of years,  but Mr. Wessels was largely responsible for organising the Dohne Merino exhibition at  Nampo Kaap as well as various other regional Dohne Merino events in the Southern Cape.   He also mentored a number of new studs in the area and regulary  supply superior genetic material to his fellow breeders by means of embryo tranfer.   The main criteria of the competition :  applying scientific animal  breeding tools such as monitoring selection intensity closely, keeping records very meticulously and especially selecting sires on basis of accurate ewe records,  were followed to the letter by Mr Wessels. Awarding the most prestigious trophy to Mr Wessels  who won by a good margin, was  therefore a formality.   The  Breed society therefore congratulate Mr Wessels on behalf of all its members on this outstanding achievement.

The AGM was marked by a number of important announcements:

A Bosberaad with the theme “Back to basics” will take place during 2021.   Please check this website out for announcements of specific dates in your area.   Breeders, clients and Dohne inspectors were urged to make use of this opportunity to discuss matters of mutual concern.

Top breeder competition rules:  The rules for the were changed to provide for current methods followed by Dohne Merino breeders.  On account of the sensitive nature of these rules, council decided not to make the changes public.  Instead it was announced and changes explained at the AGM.  The new rules are available for discussion at Mr Phillipie Marais and also at the office.

General Merit will continue to appear on catalogues.   Breeders are to advise their clients on how to interpret General Merit or to use/not to use it pending their requirements.

Commission on semen sales will be paid to the Dohne Merino breed society, by buyers at the rate of 3% at AI-stations.

Courses  will be rescheduled and presented depending Covid-19 regulations.

Dohne Merino Man of the year 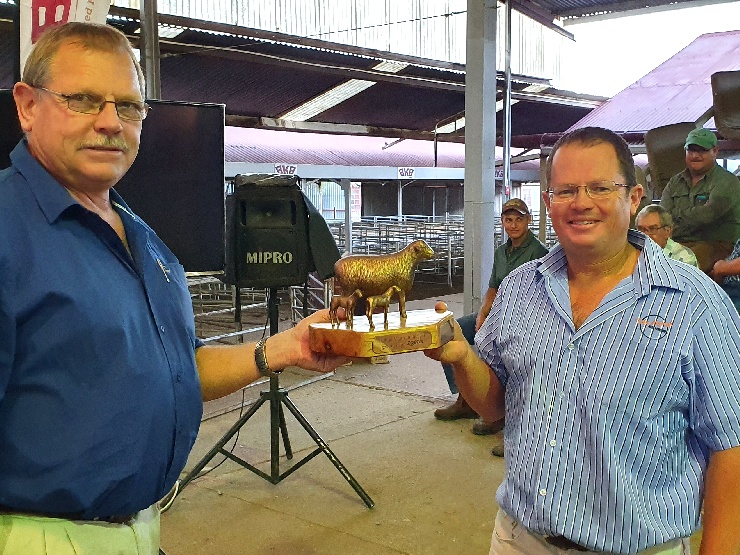