The  Annual general meeting of the Dohne Merino breed society, on 15 February 2022, appointed the newly elected council in the main photograph (Mr Dries Pienaar, absent) to manage the affairs of the society, this year.   Congratulations to newly elected council members, Mr. John Morris and Mr Dries Pienaar.  Mr Koos Vosloo, president of SA Studbook, vacated his post as president of the Dohne Merino breed society and Mr. Phillipie Marais, previous vice president, follow in his footsteps.  Mr. Koenas van der Westhuizen was elected as the new vice president of the society and it is believed that this new leadership will steer the breed to new levels of excellence.

The opportunity was also used by the Dohne Merino breeders and their inspectors to say farewell to office administrator, Mrs. Marion Krause, who retires at the end of February after 17 years of loyal service to the society.   After Mr. Koos Vosloo thanked Mrs. Krause for her dedication to the breed Mr. Phillipie Marais handed a token of appreciation to Marion. 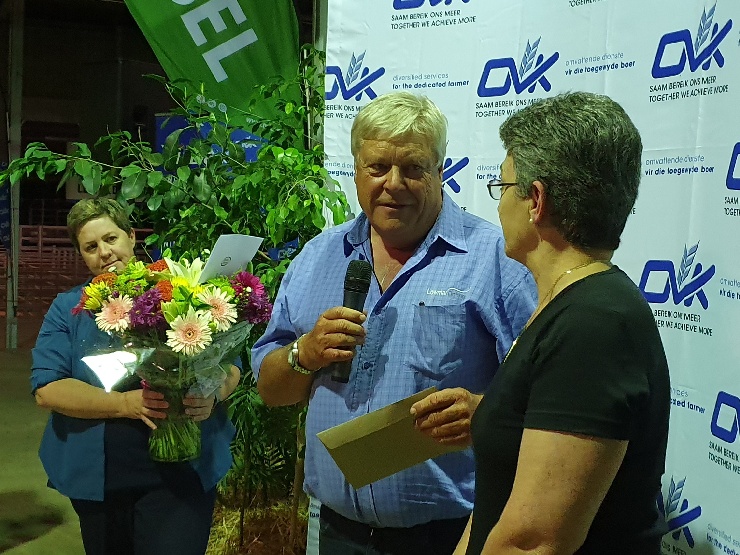 The regional winners of the national Top breeder competition were announced at this prestige event staged by OVK on the night before the National Dohne Merino sale.  It was stressed that this competition sets the industry standard to be followed.  The rules for this competition includes aspects of animal breeding such as selection intensity, generation interval, accuracy of recording, efficiency of breeding top sires as well as marketing and administration of studs.  Congratulations to the six regional winners of this coveted award sponsored by Virbac, BKB, Voermol and Molatek.  Our sponsors contribution to this competition stretches far wider than just prizes and the Society express its sincere gratitude to this four main sponsors.   It must be noted that Molatek sponsors the regional competition and Voermol the national winner every second year. 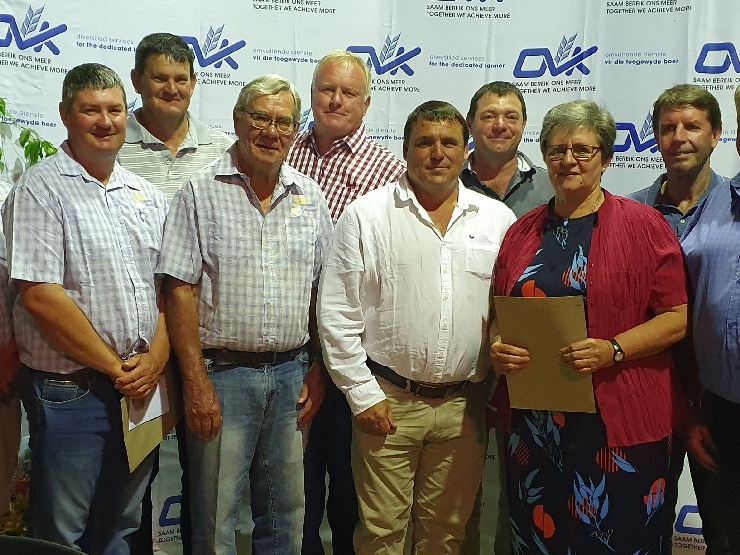