South Africa is currently experiencing one of the worst droughts ever. It is during times like this that farmers become newly aware of the value of hardy stock that can withstand these difficult conditions with the minimum of input at their disposal.
Dohne Merinos are known as easy care animals which can get by on relatively low quality fodder. The breed’s origin in the sourveld regions with severe winters, gives away the reason why Dohne Merinos can utilise low quality feed well, not only to maintain respectable lambing and weaning percentages (figure 1) but also high growth rate. Reproductivity remains the most important criterion to assess any breed of farm animal’s adaptability to a specific area.
The average lambing percentage of Dohne Merino stud breeders (number of lambs registered per ewe on record) since 2010, varies between 138 and 144 percent (Fig 1). This relatively high rate of reproduction lays the ground work for any profitable farming enterprise. It is clear from figure 1 that high levels of profitability are only possible through a greater percentage of multiples. Multiples are in fact essential to the survival of South African small stock farmers. 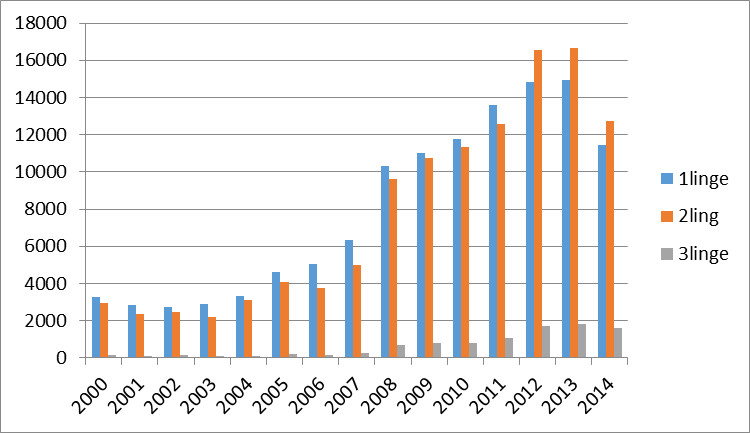 High levels of reproduction has a double advantage for especially stud breeders. In addition to the higher profit from meat and wool, it also results in increased effective farming enterprizes by means of fewer ewes. Through increased reproduction rates, stud breeders can, off course increase the rate of genetic change in their flocks by means of stricter selection. In this manner Dohne breeders are in a position to supply higher quality genetic material to flock farmers.
The Dohne Breed Society’s statistics indicate that only the best 17 – 20 percent of rams bred reach AA status (stud status). In total only 48 – 50% of AA and A (flock status) rams bred, reach approval for sales purposes. Flock farmers can therefore rest assured that rams offered on official Dohne Merino sales, as far as production and functional efficiency are concerned, represent the best possible animals from each stud.
The high quality standard of registered rams is enough reason for flock farmers to look no further than registered studs, for their rams. Often flock farmers try to pay as little as possible for rams. Remember that the team of rams on your farm determines half of the flock’s quality. It may thus be worthwhile, especially during difficult circumstances such as we currently experience, to purchase less rams but of even higher quality. One’s flock can be set back many years through purchasing rams of a lesser standard from unregistered “breeders”. The quote “penny wise pound foolish” is very true when it comes to ram buying. Flock farmers must also do their homework very well and not try to follow short term price tendencies.
Flock farmers often become concerned that Dohne Merino stud farmers’ high weaning percentages are the result of artificial management. They are afraid of purchasing rams which may be poorly adapted to their circumstances. 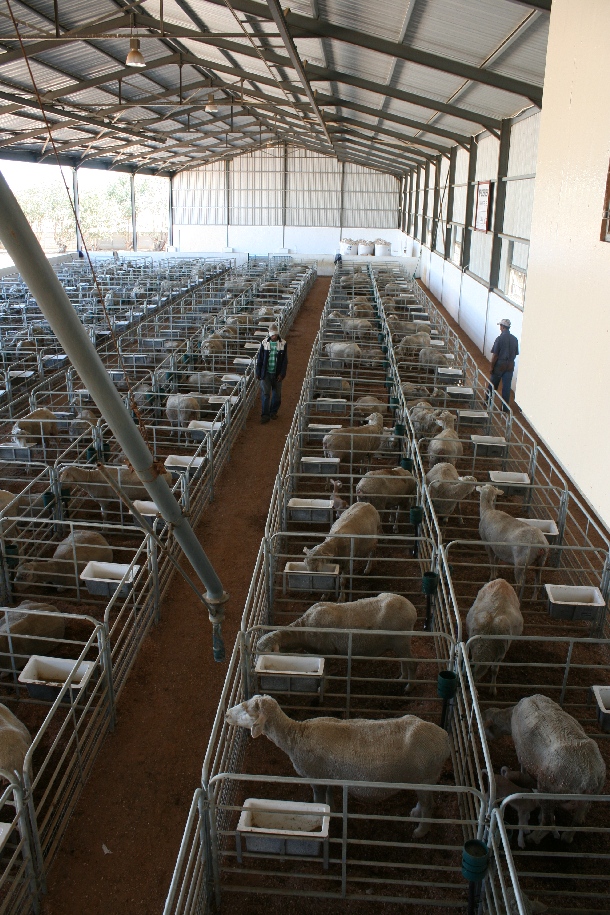 However, Dohne Merino stud breeders have many precautions in place to avoid these pitfalls. For example, the Dohne Merino system is founded on the utilisation of large numbers of animals that are manged uniformly with commercial animals together in one group. Special treatment of specific animals under such conditions is simply not possible. Therefore stud animals receive no special treatment before they are finally evaluated at 12 – 14 months. Only thereafter are rams prepared for sales.

Photo 2: A group of young ram potential sales rams of the same breeder(photo 1) during their evaluation phase!

Where ewes lamb in lambing pens, it forms part of the breeder’s commercial breeding strategy. The lambing pen system lends itself to the careful monitoring of ewes. Any ewe that cannot care for her lamb or has too little milk can immediately be marked for culling. The more lambs coming from lambing pens can be used to be even more strict on identifying breeding material with the highest possible reproduction and growth.
Lifetime records of the ewe are part and parcel of the Dohne Merino system and only ewes with proven lambing percentages are normally considered for accelerated reproduction techniques such as laparoscopy and embryo implants. These techniques are used to multiply the very best breeding material. The selection of older ewes for this purpose no longer has an influence on the commercial adaptability of stud flocks. Older ewes of e.g. 4 or 5 years old have already proven themselves regarding adaptability and it is important to obtain more of this hardy progeny from top ewes.
Remember that lambing pens result in 100% accuracy for the recording of pedigrees. No switching of lambs can take place. Breeders who use this system effectively, have the added advantage of the most accurate breeding calculations being generated. Lambing pens are not the only method for accurate identification and alternative proven procedures enjoy high recognition by the Dohne Merino Breed Society.
The Dohne Merino system is aimed at increasing the income of commercial farmers. This basic philosophy has, from the earliest time, been adhered to and ensures that the Dohne Merino remains a highly sort after farming sheep (“boerskaap”). 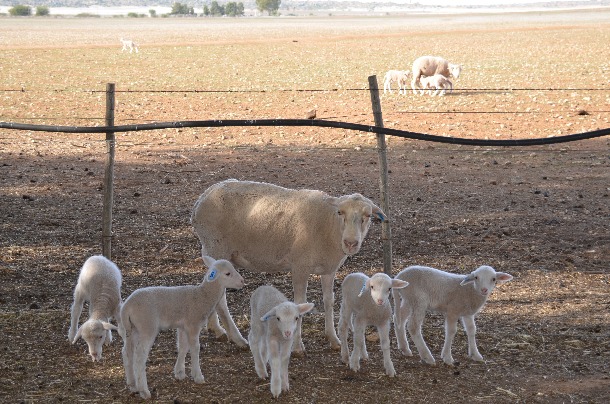 Written by:
Kobus Delport
Posted on:
30 May 2016
Posted in:
News
Recent Posts