Gideon and Gawie van Zyl held their first production sale on the 5th of February at the Burgersdorp auction yard. This stud was founded only recently by buying genetic material on the dispersal sale of the Dowell Dohne Stud of former Dohne Merino president, Mr. Bruce Barnes Webb. The stud also attempted to consolidate superior wool properties of the Hencil stud into this relatively new breeding unit. The latest stud on the production sales have to be complimented with the high standard set on their first production sale. 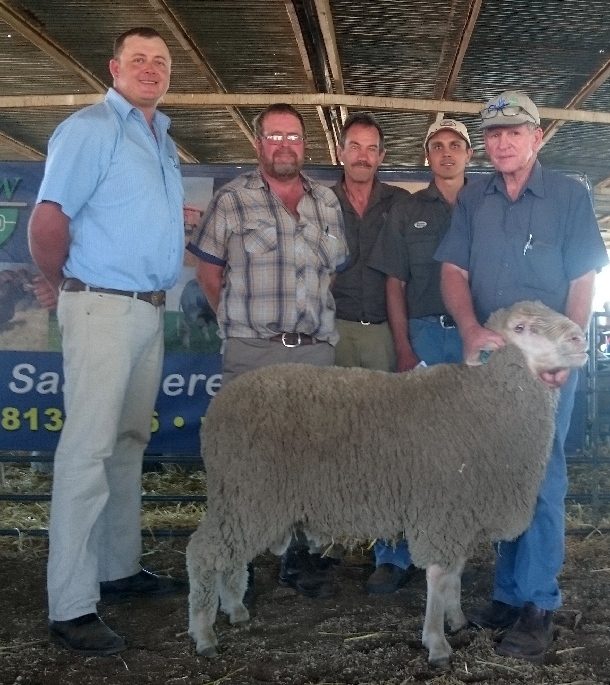