Pinkey Watermeyer (1925-2016) was elected to the first Council  of the Dohne Merino Breed Society on 16 May 1966, died in Graaff Reinet on 4 August 2016 at the age of 91. He is remembered as a passionate supporter and breeder of Dohnes, especially in the early days,  at the time the  Dohne Merino Breed Society was formed.  He was very much involved in  the arrangements for the inaugural meeting to form a Breed Society and was elected to serve on the first Council.  A son of the Karoo, steeped in the sheep and wool farming traditions of the region,  he was able to articulate the conditions that prevailed at the time.  An erudite and talented writer, his life and sheep career are documented in his book “ Sixteen Farms”.   I was involved with Pinkey for years when he was still a stud breeder and I attended the dispersal sale when he sold his stud.  I used to visit Pinkey occasionally after he retired to Graaff Reinet. In personal correspondence to me, written in his own neat handwriting,  he has clearly illustrated his passion for the Dohne and his intimate involvement in the Merino scene in the Karoo in the middle part of the 20th century.  A transcription of this correspondence has been deposited in the archives of the Society and is available to anyone who might be interested. 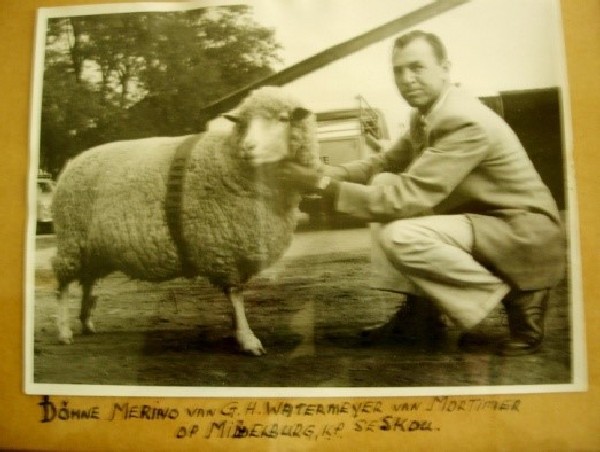 From his grandfather Harry Charles Leslie he inherited a talent for painting.  His grandfather, a professional artist, was Head Master of an art School in Port Elizabeth until, for health reasons,  he moved to Graaff Reinet in 1903.  The Leslie talent was to surface in Pinkey after some rudimentary art lessons by his neighbour in Middelburg.  His hobby blossomed into an art career of note. His artworks were exhibited in the Cuyler street gallery in Port Elizabeth where they were described by a critic as  some of the finest Karoo landscapes he had seen.   In 2006 he was interviewed about his art on national television and in 2009 three of his works were exhibited at an exhibition at Wallingham near Oxford in England.

Pinkey will be remembered for his great love of the Karoo and his love of animals, especially Dohne Merinos.  On 29 December 2015, Lionel de la Harpe  and I were privileged to visit Pinkey and present him with a copy of the book “Birth of a Breed”. 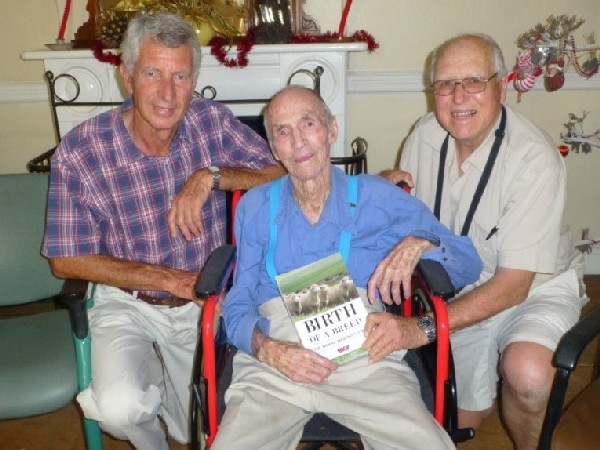