The name “Dohne Merino” has been a household name in the sheep breeding community, especially in the Eastern Cape, long before the official establishment of the breed society on the 16th May 1966.  The official recognition by the Department of Agriculture’s Dr Wim Verbeek, at the Dohne Research Institute, Stutterheim, was the small beginning of the breed society with only approximately 2800 Dohne Merino ewes, divided up between about 39 members.

The first President of the society was Mr Roelie le Roux of the renowned Dirko Stud, Somerset East.  He was supported by the Vice President, Jack Blaine, Ross Dohne Stud Amabele and five council members.  The first “secretary” was Mr Noel Geach with the help of secretary Anton Blaine.  As a matter of interest Mr GH (Pinky) Watermeyer is the only surviving council member of this first council. 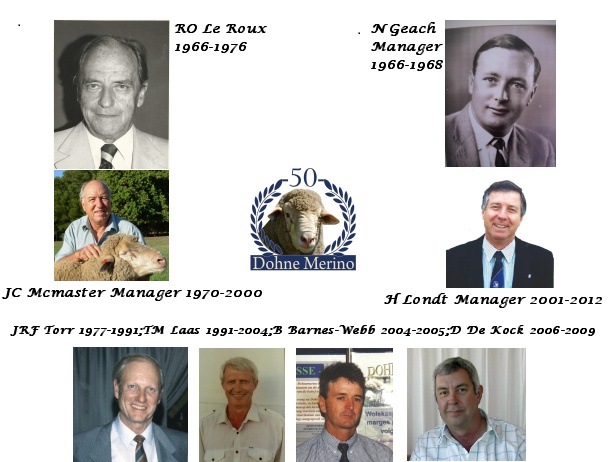 Previous Presidents and managers of the Dohne Merino Breed Society. 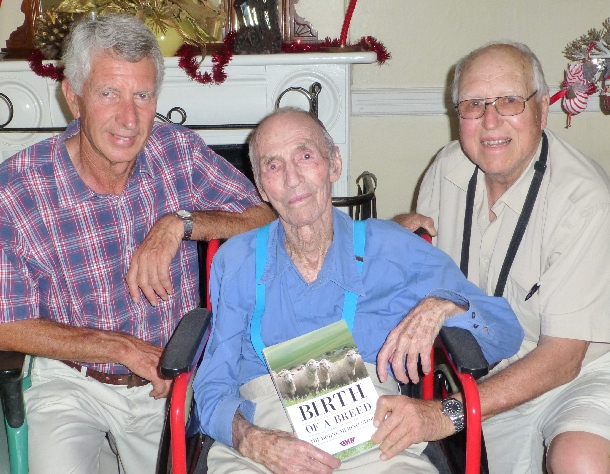 This meagre start spread like wild fire, through the support of state enterprise.   Similar to the Bonsmara beef breed, the breed was founded on justifiable commercial production norms.  The project was initially driven by “Oom Koot Kotze” who was later to be honoured by the presentation of the Gold Medal of the South African Animal Production association.   The state project for this pioneering work, started already in 1939 and Barnie Barnard continued with the development work. Barnie also a departmental official, soon involved persons such as Louis Steyl (Extension Officer, Stutterheim), Mr FOW (Karrie) Karberg, Potchefstroom Agricultural College and Mr H (Stoney) Steynberg, (later Director, Karoo Region, Middelburg, EC.). 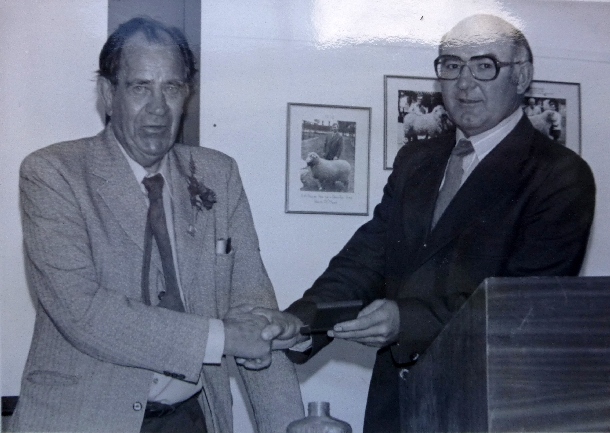 The Dohne Merino can rightly be called the “Bonsmara” of the sheep industry on account of its historical development parallels.    The situation out of which both breeds originated, included the inadaptability of available breeding material.  As with the Bonsmara, the Department of Agriculture initiated a crossbreeding project to improve the reproduction, growth rate and general viability to ensure self sustainable woolled sheep flocks under the harsh Eastern Cape sour veld conditions.

The eastern grassveld regions of South Africa are marked by high rainfall – a paradise for foot rot, fleece rot, blowfly and extremely high internal and external parasite levels.  However, these areas are known for the production of high quality wool from the veld.  The Dohne Research Institute, with the co-operation of a few nearby pioneer breeders, did enormous work after the initial crossing to address all these problems through unwavering selection.

A few highlights in the history of the Society, include:

These highlights and many more milestones in the development of the Dohne Merino are discussed in the book “Birth of a Breed – The Dohne Merino Story” by Mr Cameron McMaster.  This easy read book is a must for every smallstock breeder in South Africa and across the world. 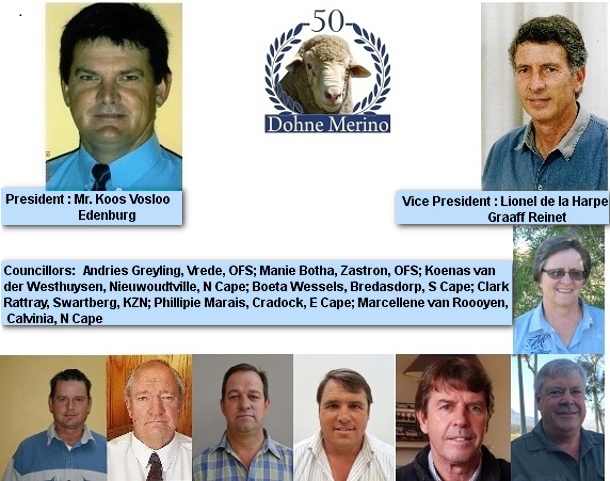 The Council of the Dohne Merino Breed Society serving the industry today.

Currently, the Dohne Merino Breed Society has more than one objective in order to remain at the forefront of scientific wool sheep breeding in the world.

Written by:
Kobus Delport
Posted on:
25 May 2016
Posted in:
News
Recent Posts