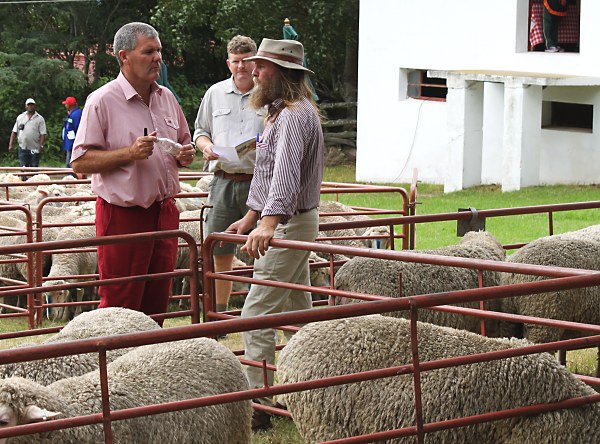 Murray Rogerson is a prominent Dohne Merino Breeder in the state of Victoria, Australia.  Murray’s Stirling Dohne Merino stud is situated in the South Western part of Victoria at Glenthompson.   Murray describes the area as a “soft damp area” with an average yearly rainfall of 540mm.   Sheep have to handle “long wet grass” for approximately seven months of the year and therefore “strong feet” are not negotiable.  Murray also mentioned that this particular area, similar to the Riverina, is well-known for producing some of the best wools in Australia.  The Stirling stud was established circa 2004 by means of embryo transfers as well as 490 stud ewes purchased from the Uardry Dohne Merino stud.  Stud Sires were obtained from almost exclusively the Uardry stud. The Stirling stud already in 2010 sold more than 100 rams and its 7th annual on-property ram sale, 50 rams, will take place on  November 10th.

Photo 1 and 2 above :  Young rams on Lush pastures and preparing feed for sparse times at Murray Rogerson’s farm.
On his visit to South Africa, Murray toured some “off the beaten track” areas of particular the  eastern escarpment of our country.   After visiting a number of Eastern Cape Dohne Merino stud breeders he also took the time to visit the office of the breed society.
Murray’s overall impression of the Eastern Cape Dohne Merinos  is that they are robust with “good bums”.  Although he observed some good wools too, he is of opinion that he might come across better  wools in South Africa’s winter rainfall area, that can carry more wool.   He shares the opinion that more wool can be cut from highly fertile sheep with good conformation.   “Type” seems to be the keyword and no pleats  and “off-type” animals should be tolerated.
Murray Rogerson is also chairman of the Victoria Dohne Merino breeders and recently made a presentation to the Australian Dohne Merino breed society regarding the accuracy of breeding values.  The complete report is available on his stud’s website http://www.stirlingdohne.com.au  From his presentation it is clear that the Australian breeders struggle with the same issues as we do.  Some of these mutual points of concern include: 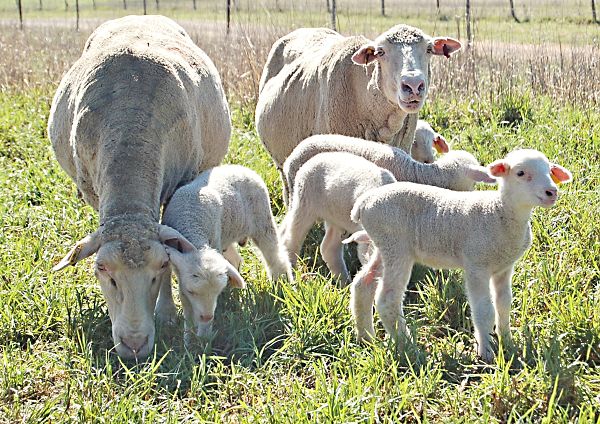 Photo : Dohne Merino Mothers together with their newly born lambs 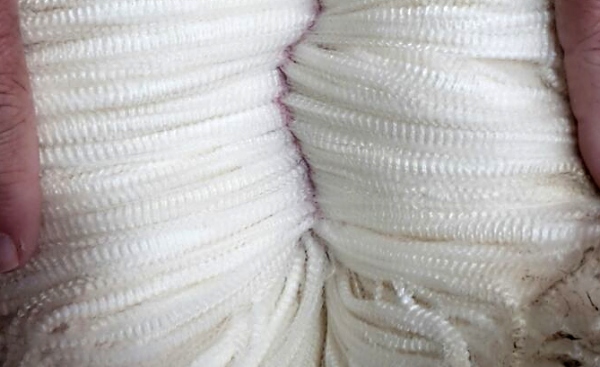 The bottom line is that the system usually gets blamed instead of the data!   Resorting back to a less sophisticated  methods is definitely not the solution to this international problem.   Performance ratios are less robust and are therefore more affected by the discrepancies mentioned by Murray Rogerson.   The only difference is that performance ratios “hide” the reality of erroneous data from breeders.   Breeders resorting back to these older inadequate techniques of animal breeding can, tongue in the cheek, be compared to an ostrich hiding its head in the sand.  Animal scientists and progressive breeders should actually encourage sound recording practices to facilitate more accurate and more complete comparisons between animals.  The trick for animal breeders nowadays, seems to be in the long run, to follow breeding objectives producing the highest possible commercial profit by using as few as possible, but accurate measurements. 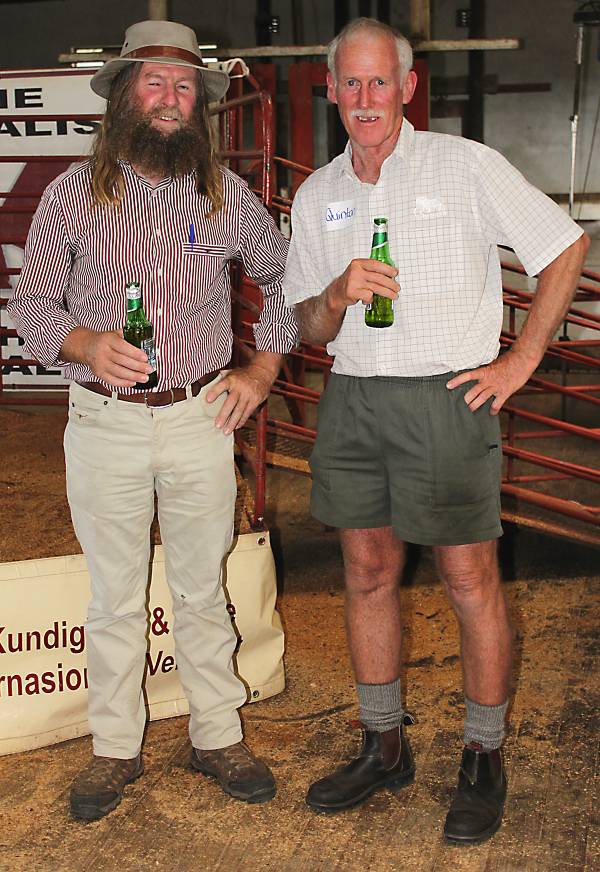