The Robb family donated the MJ Robb Trophy to the Eastern Cape Dohne Merino Club after the passing away of Mr. Michael Robb, a founder member of the Breed Society,  in 2002.   The Robdorino stud won the trophy in 2002 for selling the highest priced ram in the Eastern Cape Dohne Club at the price of  R9000.   Now after 15 years passed and one year before the Robdorino stud’s 60’th anniversary,  AJ Robb for the second time, won the Trophy in commemoration of his Late father’s contribution to the development of the Dohne Merino breed.  The Dohne Merino Bred Society congratulates AJ Robb on this excellent achievement. 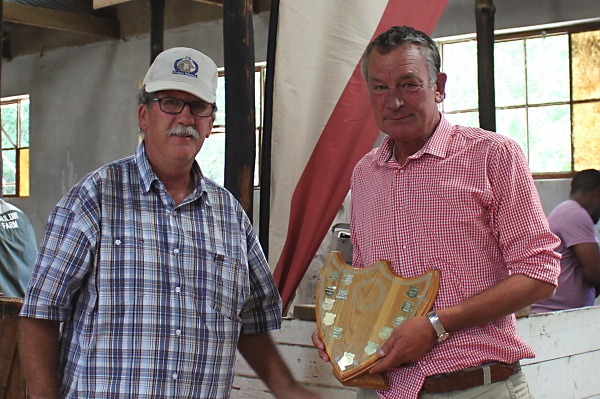