Robbie Blaine held the third Production sale of his  Wauldby Dohne Merino Stud on the 14th of March 2017.   Robbie Blaine sold 39 rams at an average price of R8500.   Gerald Cawthorne  sold another 6 rams at R6583 (average).   Prices for ewes offered by Robbie Blaine and guest sellers varied between R1100 for lambs to R1500 for 4-6 tooth ewes.  Frans and Andries Marx in at Cooperation with Pieter van der Spuy  bought the highest and second highest priced rams at  R20000 and R16000 respectively.  The sale was marked by the presence of a number of previously disadvantaged but loyal clients of the Wauldby stud, for which these rams selected for resistance  against  wire worm infestation, are of special significance.   The presence of Murray Rogerson, a Dohne Merino stud farmer from Victoria, Australia, on visit to South Africa, also contributed to the special Dohne breeding atmosphere at the sale. 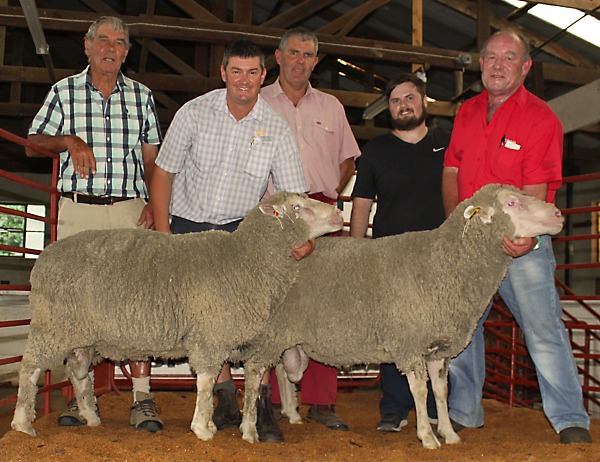